The History and Evolution of Computer Storage Space 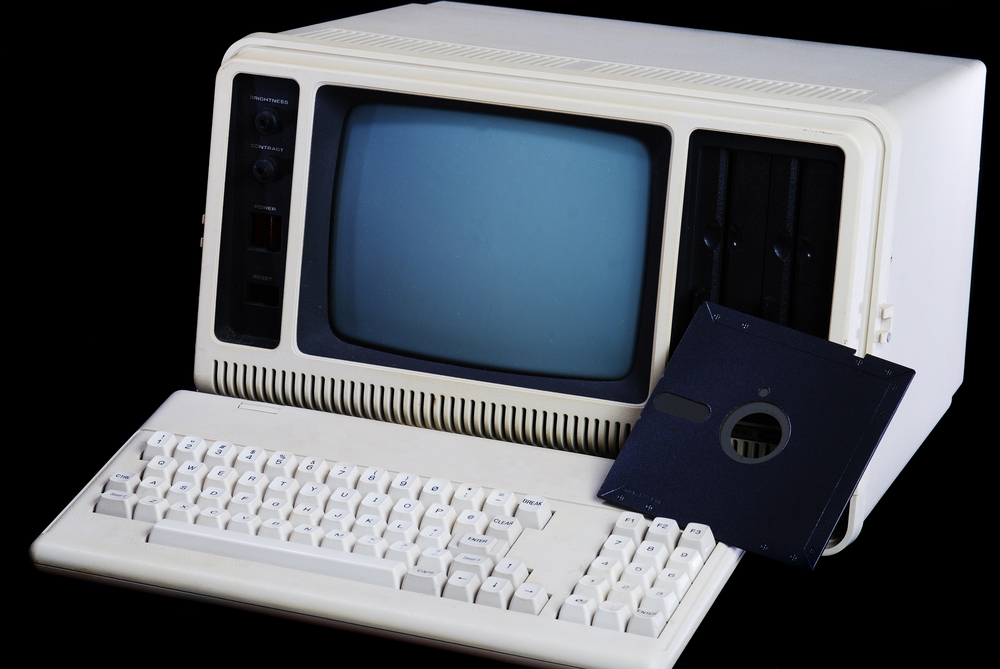 Since their inception, computers have helped people keep track of important information, make detailed calculations, and streamline a number of important tasks with great ease.

One of the most vital aspects of any computer is its storage space. Computer storage devices have come in many forms over the years, and they remain a crucial component no matter what a person is using their computer for.

Being able to save files and retrieve them quickly is important, as is being able to safely store large amounts of data for long periods of time.

Good storage devices have to have the right capacity to hold all the user’s data. They must also have fast read-speeds, to make sure retrieving files is quick and seamless. In some cases, a storage device may be external. Many people have turned to the cloud to provide them with more space, security, and convenience.

As computers have become a bigger part of everyday life, storage devices have become more prominent as well. The technology used in these devices today show just how far storage has come, and how much further it will go.

The Humble Beginnings of Computer Storage

When one looks back on the history of computers, it can seem like going into an antique shop. Many old computers are large, bulky, and severely limited when compared to the offerings of the modern age.

However, at the time, these devices were groundbreaking. Computer storage devices from the 1950s and 1960s were often the size of refrigerators. In some cases, their capacity was listed in megabytes or even kilobytes, making them limited by today’s standards.

Storage devices were a breakthrough because they made it possible for people to save their work, to share files across local networks, and to unlock new possibilities for what the future of computing and computer storage could look like.

The launch of the household computer was one of the firsts catalysts for the evolution of storage drives. For a machine to fit in a person’s home, it had to be compact. This meant compact parts needed to be developed as well.

Thanks to the technological breakthroughs of recent decades regarding how to write data in compressed volumes and how to save it on more efficient storage devices, hard drives have been drastically improved.

Modern computer storage is vastly superior to that of the past. Today’s storage drives are usually measured in gigabytes, and in some cases even terabytes. This means people can store full libraries of documents and pictures, as well as bigger files like full programs and complete backups of the system.

Using magnetic discs, the hard drives are able to read and recover data quicker than before. This has to do with the speed at which they can be accessed, and how responsive they are. Some drives are superior to others, but most quality hard-drives can bring up the user’s data in a manner of seconds or even milliseconds.

When your computer is low on memory for storage space, you may notice diminished performance. This can be frustrating to some people, who try to improve their device’s efficiency. Running a computer memory test can help tell a person how much space they have left and at what rate they’re using it up.

For adding more storage space, many people choose to put additional drives in their computer. Those who have laptops or notebooks may prefer an external hard drive. However, there is another popular option for storage that has become more prominent in the past decade.

Storing information on one computer means you can access it there. However, those who work from multiple locations and various devices may often struggle to keep track of the files they need.

Rather than lugging an external hard drive everywhere and constantly hooking it up to different computers, many people opt to store their information on the cloud. Functioning essentially as a long-distance hard drive, this tool allows people to store their files in a secure location and access them on almost any device they choose.

While some people may feel uneasy about having their information floating around in cyberspace, modern cloud companies often have better security measures that private users. In addition, the quickness and convenience offered by the cloud makes it a great choice for personal and professional use.

Cloud drives can be expanded, they can be used to send large files that won’t attach to emails, and they can even be used as an emergency backup in the event of a system crash. In the future, it is likely that cloud drives could become the preferred option for information storage.