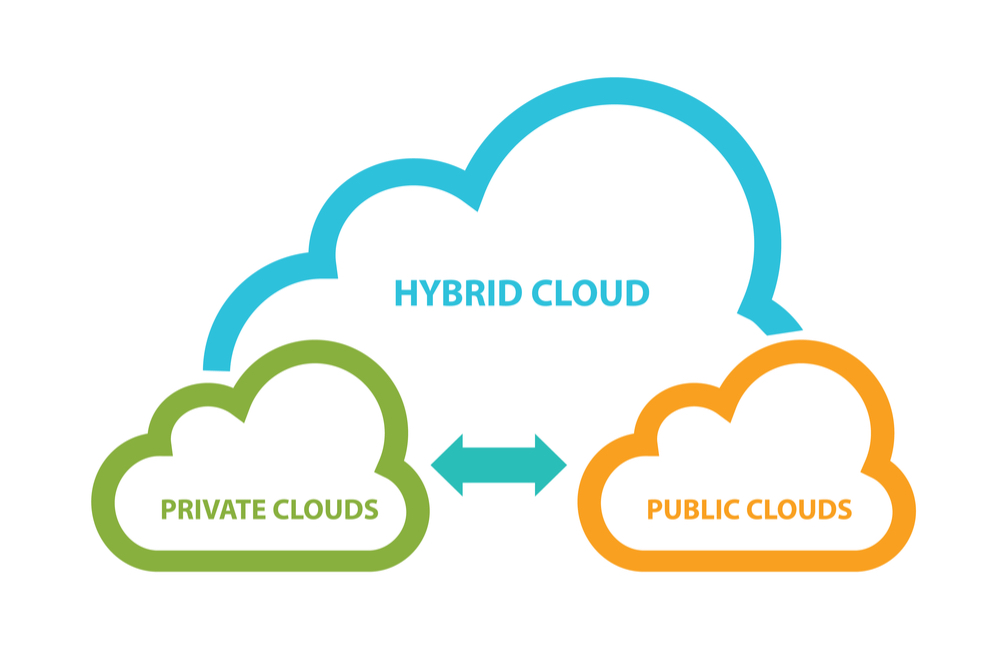 You’ve most likely heard of the cloud before and, therefore, probably know it’s relatively important to the ways we commonly use technology these days.

However, you may not know which cloud is best for your needs. If you’re looking for an online photo storage option, you’ll be in the market for something very different than a company that wants an online banking solution.

The good news is that the distinctions between the three main versions are fairly easy to understand.

What Is the Cloud?

Before we begin distilling the three different types of cloud, let’s make sure we’re all on the same page about the definition of this platform.

In short, the cloud refers to a server that you can access wirelessly. That’s really all there is to it. In fact, the cloud existed long before it became popular with the public. The reason most of us found out about it is simply because of how popular smartphones became. These advanced devices made it possible to do so many new things that, in order to make the most of them, an external server was necessary.

For the vast majority of the public, the only realistic solution was the cloud.

So when you’re using the cloud, it just means that there’s a server in a building somewhere that is being accessed by your device. You can send and access photos, videos, and just about any other files, provided you’re paying for the space you need to store it (or it comes as part of a free package).

With that said, let’s now look at the three main types of clouds and the purposes for which they are best suited.

The private cloud refers to a version that is only accessible to a single individual or company. It comes in two versions:

The nice thing about a private server is that you have full control over it. Owners can customize private servers so they operate according to their unique needs.

Private clouds also inspire consumer confidence. For example, most people wouldn’t sign up for online banking if they knew that their bank was sharing a cloud with others (a public cloud). That’s not to say that a public cloud allows strangers to look at each other’s files – we’ll cover this type of cloud in a moment – but, again, a private cloud allows an online banking company full control over every last feature, including security.

That said, private clouds generally aren’t best for non-business needs. If you’re just looking for an online photo storage or music library option, the next version would be more appropriate.

Even most small businesses would be best off going with the public cloud as the private option can be very expensive. You essentially need to maintain your own cloud server or – as with external versions – pay someone else to do it.

Again, each party has their own allotment, so it’s not as though you can go take a look at another user’s online music library.

However, as with an apartment complex, your options for customization are limited. Just like you can’t decide to simply knock down a wall, the company that owns a public cloud will decide what you can and cannot do with the share they give you.

Still, many companies and most people are perfectly fine with this arrangement. For one thing, if you need free online storage, a public cloud is your only hope. As most individuals are just looking for a reliable home for their online photo storage or music library needs, the public cloud is perfect.

Even the versions of the public cloud you have to pay for are competitively priced, which is why plenty of companies would rather go this route than pay for their own private setup and the maintenance it would entail.

Finally, there is the hybrid cloud.

As the name suggests, this version is a combination of the other two.

So a hybrid version gives users some degree of free online storage (or, at least, very affordably priced) and the customized version they’re willing to pay for.

Like the private cloud, though, this version rarely makes sense for individuals. It’s almost only ever a business solution.

While each of the three versions we covered above represents countless options, the good news is that picking where to start couldn’t be easier. If nothing else, you can always get started with the public cloud and switch to a private version if/when that makes sense.