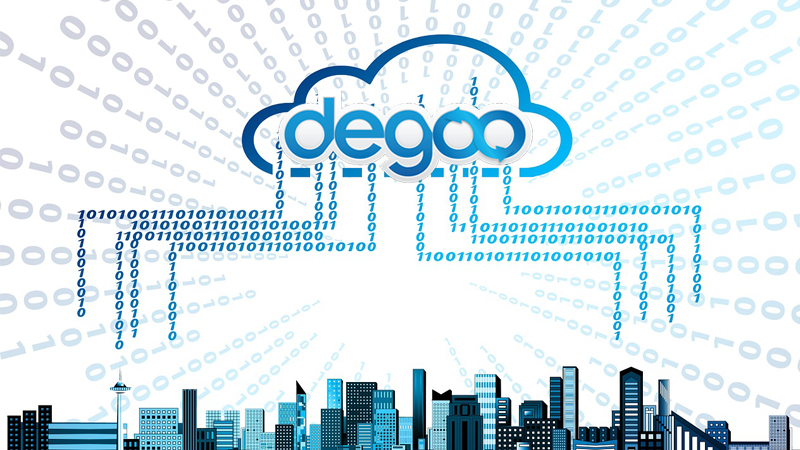 Cloud storage services have become extremely popular, and Degoo is one of the latest such services on the market. In this Degoo review, we will look at all the features that this new cloud drive provides.

The company’s tagline is “The Most Secure Cloud Drive in the World” and the company claims that it’s “technically impossible for anyone but you to access your uploaded files.”

Degoo claims to achieve this through two distinct methods:

If Dropbox is your bookshelf, Degoo is your secure bank vault. Our top secret feature encrypts your files with a passphrase known only by you, not stored in Degoo, encoded into chunks and spread out to data centers in different countries.

Degoo has a fair amount of features, but there are other considerations for a consumer to make prior to purchase. In this Degoo Review for 2018, we will examine the service from all angles and help you decide if it’s the right cloud storage service to suit your needs.

Degoo comes with plenty of features to keep it competitive with similar cloud storage services.

The most notable feature is the ability to store data and files from multiple devices, as well as the ease of data transfer from mobile phones to secondary devices and back.

Like most programs of this nature, Degoo has positive and negative attributes. Here is a rundown of what to expect from the service:

As you can see, the service is not without shortcomings. The lack of an iOS app is a problem, and one the company is actively looking to rectify. For some users, particularly those who do heavy edits of files, the absence of file versioning will also be an immediate deal breaker.

Free users are likely downloading Degoo just to add extra file storage to their mobile devices, so the single-device limit with the free account, in most, cases, is not the detriment that it would appear to be.

Here is a further overview of what Degoo can provide:

Again, all of this looks great in print. However, an issue that Degoo does have is that the service does not allow users to schedule their own backups or set up continuous backups. This feature is standard with many other services of this nature.

Backups can be run at any time, but as noted above Degoo runs automatic backups every 24 hours. Some users may prefer (or need) the additional control of being able to being a backup at any time of their choosing.

Degoo uses incremental file transfers, but it does not use a block-level system.

With block-level architecture, the only parts of files that get backed are the parts that get changed. The block-level system makes the backup process run faster and keeps programs from Degoo from draining a system’s resources.

Lastly, if the user needs to retrieve content or wishes to upload files from a remote computer, the user must do so via the Degoo desktop app. Because users can login to Degoo via web browsers, there is not only the potential for inconvenience, but also security risks for those uploading or retrieving sensitive data.

This isn’t to say that everything about Degoo is negative, though. While some might say the program lacks features, the truth is that cloud storage is relatively straightforward in 2018.

Degoo is streamlined and performs its function well, assuming the storage space is adequate. While certain users might quibble about the inability to self-schedule backups, the program will work just fine for most users.

An area in which Degoo shines in on the Degoo mobile app, which users and professional reviews agree is the service’s best interface.

As mentioned above, one of Degoo’s key features is the ability to backup multiple devices. While some users pile up files on the desktop or laptop, in many cases mobile phones become overloaded with multimedia content such as music and videos.

Degoo specializes in mobile backup, and for many users, mobile phone backup might be the primary reason to consider Degoo.

While the factory storage on smartphones continues to increase, users continue to find new ways to clog their phones with multimedia and eat up available storage space. Degoo solves this problem very well, keeping mobile phones nimble and unencumbered while preserving files, photos, and the like.

Degoo comes with a photo optimizer, which automatically collects stored photos and condenses them to fit a phone screen. In many cases, this feature may obviate the need for a photo-editing app such as Adobe Photo Express.

Users can still access full-size photos on Degoo, as images stored on the mobile phone are just sized to fit. There’s also a button at the app’s top, designated “send files.”

Users who send bulkier files can take advantage of the app’s “send files” capability, which allows users to send any file via your mobile phone. Users are no longer limited to files that are stored as a backup, and they can also access and send files backed up on their desktop or laptop.

This ability to efficiently exchange files between desktop, laptop, and mobile phone is fairly exclusive to Degoo, and something users who do a lot of heavy files transfers should take into consideration.

Degoo can be a quick, inexpensive way to backup and share mobile content, especially if a user has overfilled their iCloud or Google Drive storage capacity. Best of all, most users agree that the process is fluid and simple.

The mobile app, and the handy ways in which the service can be used to share and shuffle storage, is a primary reason to consider Degoo. 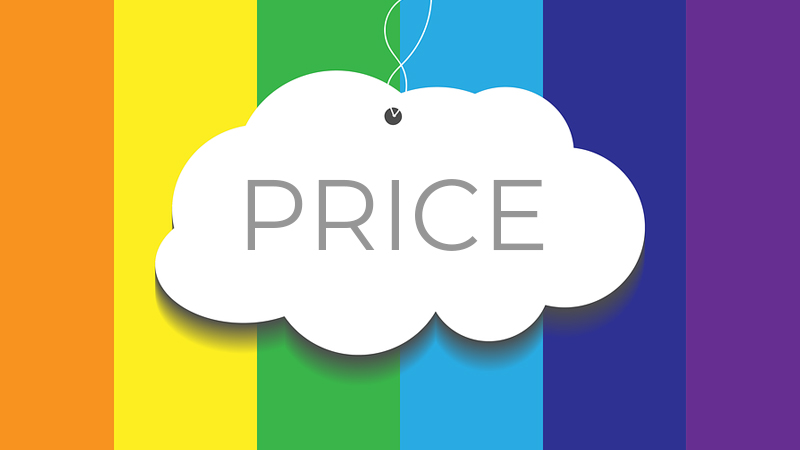 The most eye-catching aspect of Degoo’s sales pitch is the offer of 100GB of free backup space. Beyond that, customers can earn additional storage by referring friends. Degoo offers 3GB per referral, capped at a limit of 500GB.

For users in desperate need of cloud storage, there’s also the option to “loan” Degoo unused processor resources, in exchange for an additional 10GB of storage space. Degoo uses this extra CPU power to mine digital currencies, predict weather patterns, and assist in scientific computations.

This trade for processor resources is how Degoo justifies the donation of free storage. Once free users start running out of storage space, Degoo Premium (at the monthly rate of $9.99/month) kicks in, bumping users to the 2TB threshold.

User have to submit credit card information upon enrollment, even if the user is signing up for a free account, and this is the reason why. As part of the user agreement, the plan automatically shifts to Degoo Premium once a user runs out of available cloud storage.

Degoo offers several billing options for users interested in opening a Premium account. Users can pay per month at the $9.99 rate, or can purchase the 2TB plan annually at a cost of $95.88, which equates a 20% discount off of the monthly rate. For users who are ready to commit to Degoo long-term, there’s also a five-year plan available at a cost of $239.40, which is 60% off the regular price.

User can pay per month available at

User can pay for a five-year plan available at

User can pay annually available at

Discount off of the Monthly Rate

This pricing schedule is not unreasonable, even if it’s a bit optimistic on Degoo’s part. The issue for Degoo is that a number of other services offer more storage for less money and commitment. Those services will be discussed under the “Degoo Alternatives” section.

Degoo does create value by offering the ability to back up multiple devices with a single subscription. While most other cloud storage service would require separate accounts for the user’s laptop, desktop, mobile device, etc., Degoo allows all of a user’s device to store data under the same umbrella.

This is fairly unique within the market, as only a handful of other services (such as SpiderOak) offer this ability.

However, it needs to be noted that utilizing multiple devices is going to chew through cloud storage rapidly. If you plan to sign up for a free Degoo account, backup multiple devices, and use the 100GB of free cloud storage, be cognizant of the fact that your account will likely switch over to a Premium account at data and files pile up.

In short, Degoo is a fair value if the user has multiple devices to backup and estimates their need for storage at under 2TB.

To get a better feel for where Degoo’s pricing sits within the Cloud Storage market, it’s worth considering two of Degoo’s direct competitors: CrashPlan and Backblaze.

CrashPlan offers unlimited data backup for $10/month, as well as mobile file access. However, if you plan to backup from multiple devices (work computer, mobile, home laptop, etc.), CrashPlan can’t accommodate you, at least not in the same way that Degoo can.

As you can see, there are strengths and weaknesses with all three services. Degoo becomes an appealing alternative if the customer goes in prepared to pay for the Premium service, as 2TB is ample backup for most users and the benefit of being able to backup multiple devices is strong.

Other Degoo Alternatives include:

There is no shortage of cloud storage services available. All of these services have unique features, and most of them fall within a similar pricing tier to Degoo.

But before committing to Degoo and dismissing alternatives, it’s best to consider all of the features that the service offers, rather than just the hard data.

Degoo seems to be a very good option for smartphone users who tend to run out of available storage, as 100GB (or more) of free backup space will be very welcome in many cases.

While some reviewers claim that Degoo is a lower-value product based on the cost of the Premium version, this review does not agree with that stance.

While users will to carefully consider if it’s worth donating precious system resources in exchange for more storage space, Degoo’s ability to transfer data across multiple devices separates the service from a clustered pack of file-storage programs.