Everything You Need to Know About Xbox One Cloud Storage 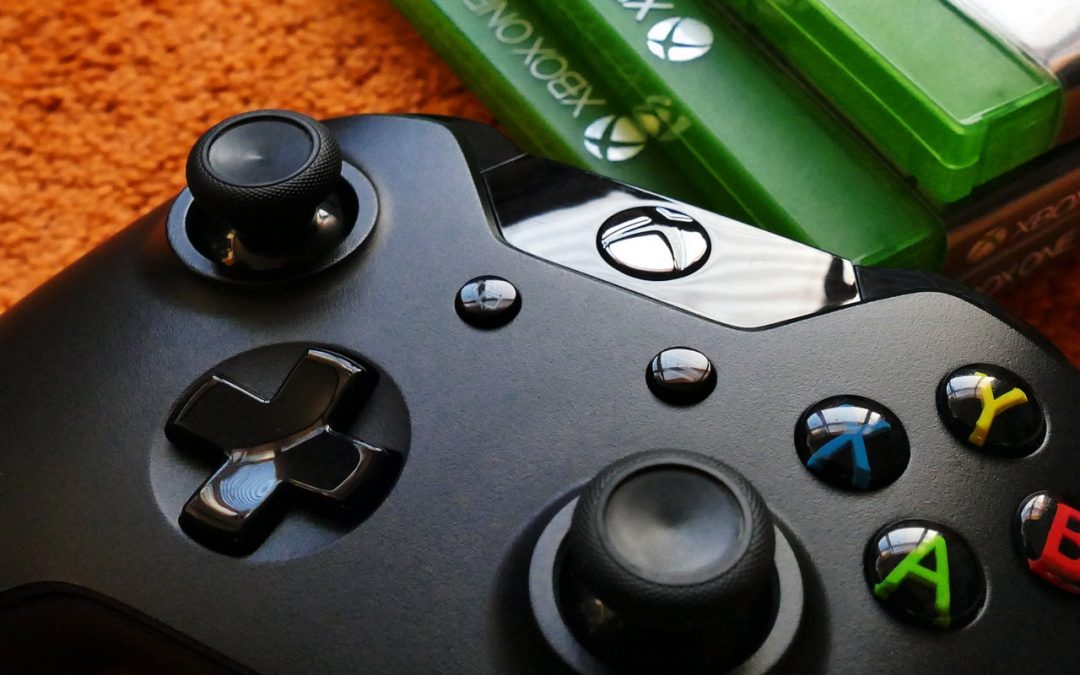 For many gamers, their console is more than just a machine used for playing video games. It’s their computer, their television box, their hard drive, and more.

Think about how much consoles have evolved over the years. Speaking of hard drives, let’s look at the topic of storage.

There was a time (way back in the 1980s and prior) when saving a game was considered a futuristic impossibility. That meant gamers had to rely on clunky password systems, or, even worse, play an entire game in one sitting – can you say hand and eye strain?

Then came battery backups for saving right on cartridges, a big step up in the world of gaming tech. But then the games themselves became more advanced and began coming on discs, leading to the advent of memory cards for game file storage.

Finally, game consoles came with their own hard drives. It’s a testament to how much game systems are like computers. But there are plenty of computers today that rely heavily on cloud storage. Many operating systems come complete with their own cloud storage space for buyers. It should come as no surprise that consoles are following along.

Let’s take one of the most popular gaming consoles of the current generation – the Xbox One. Here’s a review of Xbox One cloud storage, how it works, how to access it, and how it could come in handy for anyone.

Why Was Cloud Storage Adopted on Gaming Consoles? 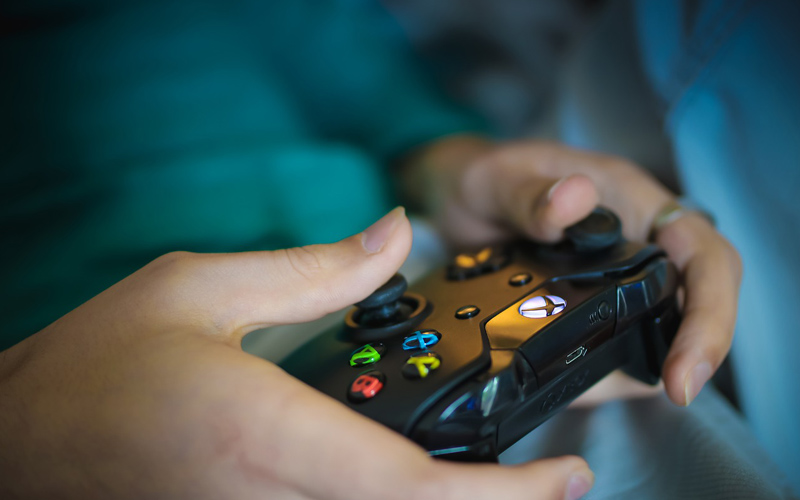 Gaming consoles like the Xbox One know they’re in a competitive environment, especially with PCs and Sony’s PlayStation 4 advancing the tech for gaming every day.

Gamers need a few things when it comes to their rig. They need something that is versatile, so they can switch their gaming experience on the fly as needed. Speed is also important since gamers in the digital age don’t like waiting around – everything from internet speed in multiplayer games to load times inside single player games is crucial.

Finally, gamers need scalability. There’s nothing worse than buying a game, installing it, and realizing that, with all the updates and downloadable content, you don’t have enough space on your console’s hard drive to fit it.

Let’s look at why cloud storage has caught on so quickly in mainstream technology, and from this, we can see why it translates so well to gaming hardware.

There’s something to be said for a hard drive you can access from multiple spots. Even though gamers are usually only gaming from one device and thus connecting to the cloud from that one device, it is helpful to know you have a large amount of storage space you can activate from the same account across multiple systems if necessary.

Cloud drives aren’t just great because a person can see their data from their PC or mobile device. They offer gamers a type of versatility that is hard to find elsewhere. Looking to access game saves on a friend’s console or special content for a group multiplayer session? Saves stored in the cloud can be your best bet.

Going back to the days when game consoles used battery backups on memory sticks to save files, it demonstrates how storage has evolved throughout the years. But it isn’t just the size or format of storage that has changed. The speed has improved as well, making cloud storage more feasible for a wider variety of applications.

With the ability to read data quickly, cloud drives can now be used to load game saves on consoles with ease. It’s just as fast as loading it from an old-school memory card or an onboard hard drive. Gamers need to be able to access saves quickly, and now that cloud storage has evolved to the point of being fast enough for mainstream use, game consoles are making use of it.

Some people think about old gaming memory cards like hard drives – and in some ways this is true. But a hard drive is designed to save a wide variety of files – documents (.doc files), pictures (.jpeg files or .png files), videos, etc. As we can see, there is a lot more variety on these types of drives when compared to a memory card that is only designed to save game files.

Xbox One cloud storage is versatile, meaning you can use it to help you store everything from game files to movies to documents and more. This helps gaming consoles compete more easily with gaming PCs, further blurring the line between the two.

As we can see, gaming consoles are making use of cloud storage because this platform is fast, versatile, and easily adaptable.

How to Turn Cloud Saves On and Off for Games

When you want to use cloud storage, you need to know a few things. This includes an Xbox Live Gold subscription, an active connection to Xbox’s Live service, and an adequate amount of storage space on your local drive to enable a cloud connection – usually 514 megabytes (MB).

To turn on saves, go to Settings from the main dashboard, then click System. Select Storage then Cloud Saved Games. You’ll enable the feature here, and you’ll only have a local cache on your console’s main drive. The rest of your games will be saved on the cloud as you choose. From the menu, you can move, copy, and delete cloud saves just as you would save files on your console’s hard drive.

It is also important to know how to turn off cloud storage – after all, there may be times when you’d prefer to save your game on your console’s physical drive. You have go back to the Storage option under Settings and System in the main dashboard. Then, select Cloud Saved Games and press the Y button on the Xbox gamepad. This will give you the option to disable cloud saves.

How Does Xbox One Cloud Storage Compare to the Competitors?

Xbox One owners know their console isn’t the only option out there. It’s hard to think about the console without its main competitors in the picture. With Sony being as big of a tech juggernaut as Microsoft, and the PC gaming market being a world of its own, it is worth looking at how Xbox One cloud storage compares to the competition.

With Microsoft’s standard OneDrive, which includes 15GB of free space on all Microsoft devices including Xbox One consoles, users have a great setup ready as soon as they power up their console. Compare this to how Sony handles cloud storage, through their acquisition of Gaikai. While technically not a cloud storage platform in the traditional sense, their system also streams content from Sony’s servers to the console.

There are plenty of cloud storage platforms on PC. This includes dedicated platforms for gaming services like Steam and the Blizzard portal. The downfall when it comes to PC storage is that it isn’t integrated directly for gaming unless you go through a dedicated gaming portal. Sure, you could configure other types of cloud platforms to work with games saves, but you’ll need to understand which files you need to keep track of and do this manually. For some people, this is too cumbersome.

Final Verdict: Is Xbox One Cloud Storage Good for Gamers? 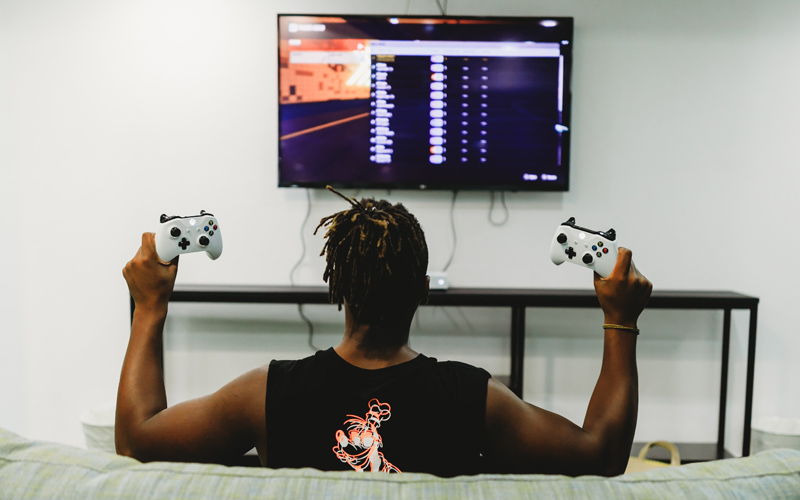 Gamers rely more and more on technology. This has always been true to a degree. Even the world’s first gaming console, the Magnavox Odyssey, was a huge step up from the radar games of the 1950s, which themselves were an upgrade from the steam-powered offerings in early 1900s arcades.

Storage is something that has become even more important as gaming consoles have become more like computers. Their multi-faceted use means there are more functions now that a gamer may want to handle on their console than ever before. This makes the cloud option a more viable solution for data storage and retrieval than physical memory in some cases.

Sure, there are some instances when hard drives may be preferable. But gamers who want to make sure they always have plenty of space on their Xbox One console can rely on cloud storage for quick, easily expandable saving options.

As impressive as graphics have become and as exciting as gameplay is now, the improvements in storage is one of the most noteworthy changes in gaming.