The Dropbox Review You Need to Read in 2018 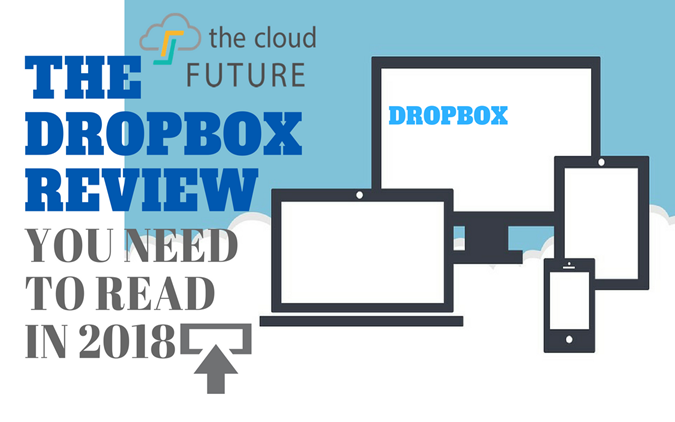 When it comes to cloud storage solutions, no other cloud service provider has been in the game for as long as Dropbox.

Ranked one of the best startups in the world, Dropbox didn’t actually start off as a business, but as a solution to one man’s problem – Drew Houston. Let's check our dropbox review in 2018 and why you need to read it. 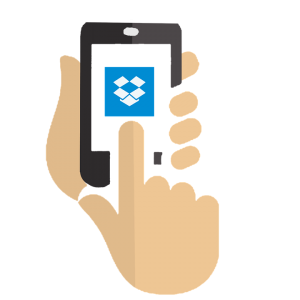 A student at MIT Drew had one big problem he couldn’t overcome – he never remembered to carry his USB flash drive. After looking into existing services that operated on a cloud-like basis, he found them hard to use and inefficient.

He decided to provide himself with a solution and realized he could offer the same solution to many others in his shoes.

That was way back in 2007. And more than a decade later, Dropbox is still able to hold its own as one of the best cloud storage solutions in the world.

Ever since then, many cloud storage service providers have sprung up, some great, while others, well, not so great.

So what makes Dropbox continue to shine despite the fierce completion?

Well, I guess what you’re really looking for is a Dropbox review.

And that, my friend, is exactly what you’re going to get.

Let’s get started, shall we?

Getting Better with Age – Dropbox Review

As the oldest cloud storage service provider, you would expect Dropbox to be an outdated service. But like wine, Dropbox seems to age pretty well.

Coming with the ability to integrate with many apps and a super clean and easy to use interface, it’s no wonder Dropbox is loved and used by over 500 million users.

An Overview Of Dropbox

The biggest feature that made Dropbox the popular cloud storage service provider that it has been for years is its file storage and management feature.

This eliminates the need for massive hard drives to store all your precious files.

Dropbox allows you to copy your files to a network of remote servers, from where you can access them from your network of internet-enabled devices. Whether you are running Windows, Mac or Linux, Dropbox will work flawlessly as it is compatible with all operating systems.

And if you’re running on Linux, this is probably the best cloud storage option for you.

One feature you’ll appreciate with Dropbox is its ease of use. All you have to do to upload a file is to move it into a special file system folder called a sync folder. If you are working from a device that is not your usual device, you can simply log into your Dropbox account and save your work there.

A big caveat of Dropbox is that you can connect a limitless number of devices to your Dropbox account. And with the sync function enabled, files will be shared and updated in near real-time across each device.

So what makes Dropbox command such attention (and prices)?

The lowest tier plan Dropbox has to offer is its free 2GB plan. This is one of Dropbox’s biggest weaknesses as other cloud storage service providers give more storage on their free plan. However, Dropbox gives you an opportunity to earn more storage space by referring other users and connecting to social media.

Paid plans start with DropBox Pro, a personal plan that will cost you $/month or $/year for 1TB of storage space.

Apart from increased storage space, the Pro plan makes you eligible for priority support (a service that helps you recover lost files) and advanced file sharing capabilities, including the ability to control when shared links should expire.

Dropbox Business comes with unlimited storage, administrator tools and user management, a suite of collaboration tools, and a whole lot more in addition to document management.  You get all these features for $12.50 per person per month.

Dropbox Review – Ease of Use and Functionality

One reason Dropbox has such mass appeal is its ease of use and integration with nearly all major platforms including Microsoft Office 365, Slack, Adobe Acrobat Document Cloud and hundreds more.

Being one of the earliest cloud services on the scene, Dropbox has managed to woo and integrate well with many major (and minor ones too). Apart from easily integrating with big platforms like Microsoft Office 365, you will find a Dropbox app for nearly every other application, including but not limited to Mac, Linux, iPhone, iPad, Android, Kindle Fire, BlackBerry, and Windows Phones and tablets.

In short, if there’s anything you want to use Dropbox for, it probably will work, including playing music and videos. And if you have a mobile email client that has the ability to integrate with cloud storage services, you’ll find that Dropbox will definitely integrate well with it.

In short, compatibility with other services is not an issue with Dropbox.

Dropbox may not be the easiest cloud service to use, especially if you are brand new to cloud services, but the clean web interface and mobile app boast an intelligent design that enables seamless and intuitive navigation. This means once you get past the short learning curve you’ll find it simple and straightforward to use.

One feature that makes Dropbox easy to use is that once installed on a laptop or desktop computer, it works almost invisibly, more or less like a part of your OS than a separate app.

Apart from storing data, you can also easily collaborate with others using Dropbox.

One of the easiest ways to do this is to make a file publicly available via the public folder. This allows you to create a link to the specific file you want to share, and everyone you share the link with has access to that file. This method has no password protection feature so anyone who comes across the URL can access it.

You can also do the same with your photos in the gallery section.

Another slightly different approach is to use the “invitation-only” feature. To use this feature, right-click the folder you want to share and select “Share This Folder”. This action sends you to the Dropbox website page where you can enter the email addresses of the people you want to share your folder with. People with access to the folder can add, delete, and edit folder.

And if you want people to send you files, for example, a college professor requesting student assignments, Dropbox has a feature called File Request. This allows multiple users to drop their documents in that folder. This works for job applications as well.

This feature helps save your email inbox from being cluttered.

But the best part of File Request is that, unlike other cloud services, collaborators can’t see what is in the folder. For scenarios as in the ones above, this is a necessity.

If you are looking for a mini project management app, Dropbox Paper will definitely suffice. Dropbox Paper, contrary to popular belief, is not just for document processing but is actually a small suite of productivity tools. Again, you can easily collaborate with others when using the tools in this suite – all you have to do is add @ [name] in order to collaborate with that person. Dropbox Paper basically works like other collaboration apps around.

One cool feature that comes with Dropbox’s collaboration functions is that the app sends email notifications when there is any activity on the file you shared.

With the many changes that you make to your files and folders, it is possible that you may make an alteration that you may want to reverse at some point.

Dropbox gives you the opportunity to revert to previous versions of your file by preserving 30 days' worth of old versions of your files. However, if you want Dropbox to save version histories going back further than 30 days, you will have to subscribe to the Extended Version History service and that will cost you an extra $3.99 per month.

This is a feature that Dropbox had been lacking for quite some time and its introduction was a very welcome relief.

Dropbox Review – Still Worth It

After all these years, it is tempting to think the newer players on the cloud services scene are better than the father of cloud services – but in our dropbox review, Dropbox still rocks.

Whether you want to use it for business or personal use, Dropbox will certainly give you all you would expect from a cloud service provider – and more.