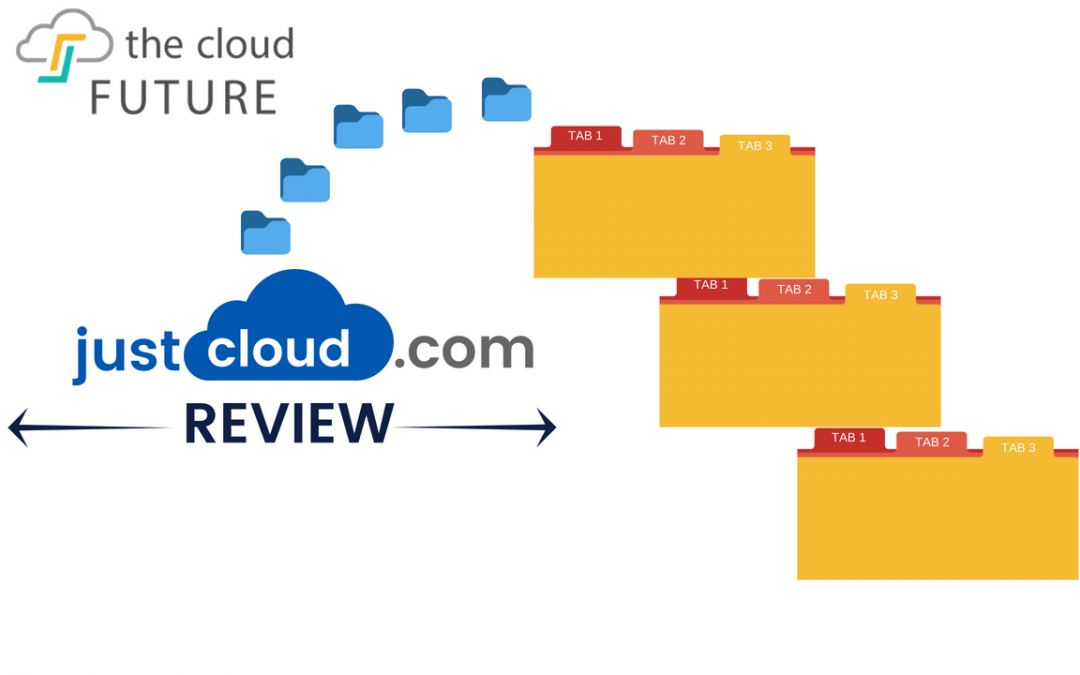 JustCloud is a cloud storage solution that is designed to be “simple, fast and secure.”

The question is, is this cloud storage service worth it, or should you take your files and shop them elsewhere?

In this in-depth review, we will look at JustCloud and see how they compare to other services such as Amazon Drive, Google Drive, Microsoft OneDrive, Dropbox, Livedrive, Box.com, HubiC, and other competitors.

What Is JustCloud and How Does It Work?

JustCloud is an online backup service that syncs your desired files and folders on your computer. You can create a schedule of when and how frequently backups happen. If you make any changes or adjustments to your files, the software will keep track of this and update it in the cloud accordingly.

The company is located in the United Kingdom. It has support telephone numbers for the UK, Europe, United States, Australia, and Canada. There is also a generic international support phone number is 001-888-320-5483.

JustCloud has a number of technical capabilities and user-friendly features. The features boasted on the JustCloud website include:

The JustCloud software also works to sync your files and data on iPhones, iPads, Android phones and tablets, Blackberries, and Kindle Fire tablets.

You can access an online control panel with your desktop or mobile phone. JustCloud does not appear to have a mobile app for Android smartphones and tablets. They do have an iOS JustCloud app for Apple iPhones and iPads, however, the latest update for this app was (as of this writing) July of 2015.

You can choose to share your files and folders with your friends. The JustCloud system has an option where you can invite your friends through email and social networks such as Facebook or Twitter. A custom link is provided to enable the sharing and collaboration.

Security and Redundancy for Your Files

Files are encrypted using a 256-bit security encryption in the socket layer. The cloud data centers are allegedly monitored around the clock on a 24-hour basis. These data centers are decentralized and located in diverse locations around the world with redundancy built in. This way, if one server goes down or a location is hit by a freak disaster, your data is still accessible.

Well, unfortunately, if we look at what makes JustCloud unique, it appears that what is most sensational about this company is what it is not doing.

As we already mentioned, the iOS app for iPhones and iPads has not been updated since 2015.

What’s worse is that the news section of their own website has not been updated since 2013. Their Twitter account stopped tweeting also in 2013. That is also the same year that they stopped posting updates on their Facebook page.

Clearly, this is a company that is not serious about building and growing the business. If anything, this out of date social media presence would indicate a business that is in its death throes, even if it is long and drawn out.

Their prices page was updated in 2016, but that is still a long time ago in Internet years (as we write this in 2018).

The only indication that the business is still possibly alive and functioning is this notice on their home page:

This notice is in reference to the General Data Protection Regulation (GDPR), which is a law for the European Union and any business internationally that does business there. The thing is, while the law went into effect in 2018, the actual notification of upcoming GDPR implementation was way back in 2016.

When you read the above privacy notification again, you can see that it did not say that this notice was posted in 2018, but that the new GDPR regulations would be in effect on two dates in 2018. So that could have been updated in 2016 as well, we just can’t tell from looking at the website.

Good news though – you can check the Internet Archive’s Wayback Machine, and that privacy policy text was added around the end of May 2018.

JustCloud Is Still In Business

Well, as of this writing, it looks like they are still in business...even with five years of empty nothing on their social media presences.

Still, if JustCloud wants to remain in business, and someone from the company is reading this, they need to get on the ball and update their news and blog pages, social media accounts, and pricing pages. Nothing looks worse on the Internet for a business – especially one that is all about online services – then an out of date online presence.

And, we have another problem. Despite pricing information posted on the website, there is no way to create a new account or pay for a package as of this writing. This just gets better and better, doesn’t it?

It is possible that the company has shut off new orders temporarily in order to regroup...or, by the time you read this, they may have shut down completely.

Since they do not announce anything publicly, you will need to contact them directly to find out what is going on...even then, will the customer support person know?

JustCloud’s pricing plans are a little complicated, and there are a ton of add-on fees. As of this writing, here are the following plans that JustCloud lists on their website:

You currently cannot sign up for the 1 GB free plan. If it comes back, then you could use it to try out JustCloud or just use it for storing a small number of files.

As expected, with JustCloud not updating their social media accounts, they are not getting the best reviews from people. The JustCloud app on the iOS Apple store gets a terrible two out of five stars with its ratings.

People are complaining that they cannot seem to cancel their monthly subscription fees even though they cannot access their files.

“I think that this service is falling apart. I have contacted them several times about not being able to recover photos and I have received emails saying that they have server issues. This had persisted for over a month.

“I am now trying to [get] a refund since the service is not being provided if I can not access the files. My last note to them on 1/24 requesting a refund has not been answered.

“I wonder if the company is still even active.”

The bad reviews are not just from 2018. One person posted in April 2016 that they were the “Absolute Worst” because half of their files were deleted from the JustCloud backup service.

Others complained back in 2016 that the app did not work, not just for downloading files but uploading them. Also, once they got your email they would apparently spam you with more marketing messages.

So, you might think that maybe the company had some sort of problem in 2016, but perhaps it was better when it was first launched in 2013?

No, people still had problems with the service back in 2013. Originally, people did say that the software worked, but the company would often engage in shady business practices that some might consider being a bait and switch. This is where people would have their accounts flagged to be upgraded because they supposedly needed a “business” account.

What Other Users Say About JustCloud

One of the most common terms used to describe JustCloud is “scam.”

We tried to find some good reviews that seemed genuine, but almost all the reviews were pretty bad.

There was one five-star review that just seems fake because it actually starts with the sentence:

“I pinch myself every time I think how awesome this service is. It’s unbelievable.”

A more realistic sounding positive review (four out of five stars) commented about how happy this person was to access everything that was on their computer on their iPad. Even then, they had some complaints that the upselling was a bit “skeezy.”

Forgetting the entire issue of JustCloud looking like it is going out of business, their services just aren’t competitive these days.

You can get a lot more from your money from other services. Their “Home/Pro Plan” only offers 75 gigabytes of storage. Livedrive, on the other hand, provides unlimited backup storage for one computer at a certain price per month.

With Microsoft OneDrive, you can get 1 terabyte of storage with full Microsoft Office access at a certain price per month, and for a few dollars extra, you can get five accounts each with access to 1 TB of storage.

The prices that JustCloud lists on their website may have been competitive five years ago. But, with storage technology constantly improving and more storage becoming ever cheaper, these prices are just out of date at best.

Obviously, JustCloud needs to update their website and overhaul their services if they wish to remain in business. Forget about being competitive – they need to get back to the basics of marketing and keeping customers informed via websites and social media.

They may just be slowly going out of business.

Either way, this is not a company you want to hitch your horse to unless they have totally relaunched the service (and possibly gotten new management) by the time you read this.

JustCloud looks to be a reseller of Google storage services and is not themselves actively engaging in technology advancement. This might be a selling point for some (as Google might be seen as a large stable company). But, if you are concerned about Google owning all your data, this might be yet another reason not to use JustCloud (even if they do re-open their services).