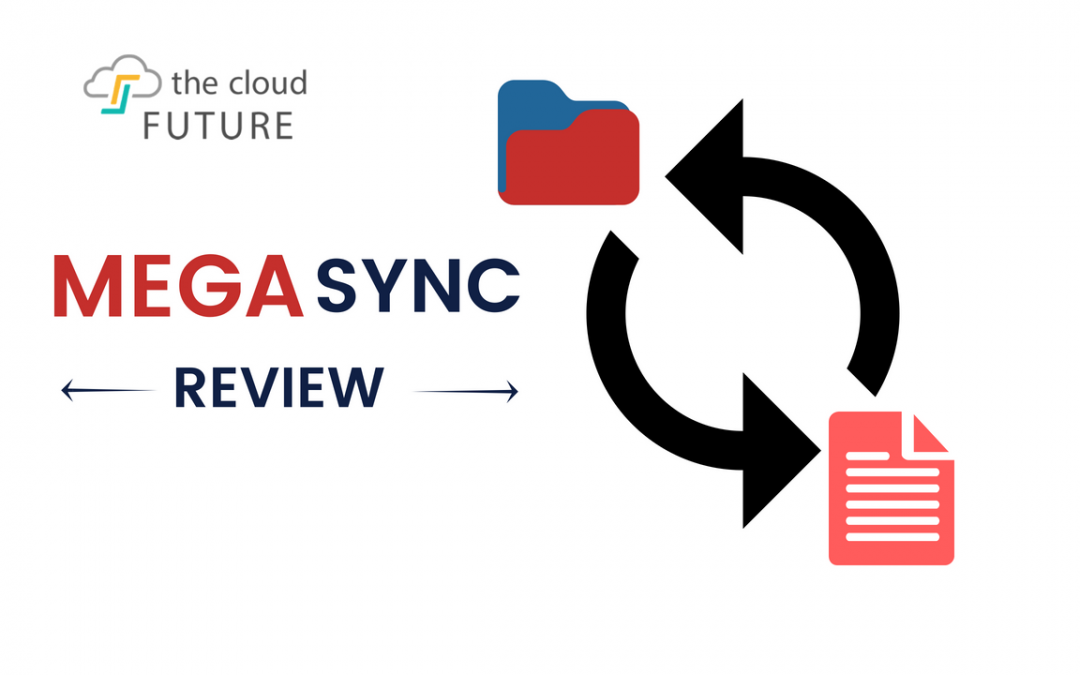 The MEGA file-sharing company is famous for a variety of reasons, and not just for its file-sharing services.

Read our megasync review to learn about the strange history and ongoing drama related to this cloud file storage company.

Quick Navigation
MEGAsync Review
Megasync: Pros & Cons
Megasync
What Is MEGAsync and How Does It Work?
Data Encryption and Privacy: The Number One Purpose of MEGA
OK, So How Do I Use MEGAsync?
Public Source Code
MEGAsync Review: What Makes MEGAsync Unique
When Megaupload Was Shut Down
Kim Dotcom and the Mega Company
Kim Dotcom a Controversial Figure
MEGAsync Review: Pricing
Dollars to Euros Conversion
Free Plan
Pro Lite
Pro I  month
Pro II
Pro III
Public Perception (Other MEGAsync Reviews)
How It Compares
What We Think
MEGAsync Review: Coupons and Deals

What Is MEGAsync and How Does It Work?

On the surface, if you go to the MEGA website, you will see nothing out of the ordinary. It is simply a cloud storage service for your personal files, just like many others, such as Dropbox, Microsoft’s OneDrive, or Box.com.

On the About Us page, you will see friendly photos of the MEGA team. It all looks very legit.

The only hint as to the strange story behind MEGA and MEGAsync is the About Us intro, which starts:

“When we launched MEGA early 2013, global mass surveillance by rogue governments under the pretext of fighting terrorism was still a wild conjecture and its proponents were often touted as conspiracy theorists. Edward Snowden’s revelations 137 days later fundamentally changed public attitudes and it became excruciatingly clear that security by policy (”we have access to your data, but we promise to keep it confidential and not misuse it”) had not been good enough. Anything short of security by design (”we cannot gain access to your data without you being able to find out”), for which strong end-to-end encryption is an essential prerequisite, now seems grossly insufficient.”

Data Encryption and Privacy: The Number One Purpose of MEGA

We will get more into MEGA’s strange history below, but let us look first as to what MEGA actually provides.

We have a clue in the above “About Us” paragraph: “for which strong end-to-end encryption is an essential prerequisite, now seems grossly insufficient.”

Essentially, the business model from the get-go with MEGA has been to provide a secure way for end users to upload their files such that the company hosting them could not have access to them. The idea is to ensure privacy on all levels.

Nowadays, it is common for cloud providers such as Apple with their iCloud service to encrypt your files so that no-one at the company can read them. Only the person who has the account can access the files and see what is in them.

OK, So How Do I Use MEGAsync?

All of this high falutin’ talk about privacy is all well and great, but how do you actually use MEGAsync? Basically, you install the software on your computer or device and set it up to backup whatever files and folders you want, automatically.

The features of the MEGAsync software include:

You get to choose what files and folders you want synced between your devices and your MEGA account.

The transfer manager enables you to oversee the movement of files and manually transfer them when you need to.

The MEGAsync software includes “versioning” of your backups. This means that your data can be restored to a previous version if you accidentally ruin or delete a file.

When you delete a file, it can be moved into a special folder to be recovered if need be.

The MEGAsync software works with your browser of choice to improve the performance of cloud file transfers.

The MEGAsync software is published so you can review the “correctness and integrity” of their crypto model. This won’t mean much to people without programming skills, but if you are a software developer, this will give you an opportunity to see what is under the hood in MEGAsync.

The history of the MEGA company is a bit convoluted and crazy – like something out of a science fiction thriller novel.

MEGA was initially a company called Megaupload, based in Hong Kong, which was founded by prominent software developer and hacker known as Kim Dotcom. This file storage service was online from 2005 to 2012, at which point it was taken down by the United States Department of Justice for copyright violations.

Quite a few online hactivists and others interested in Internet freedom feel that the shutdown of Megaupload and seizure of Kim Dotcom’s assets and the property was, in the least, heavy-handed.

(You can find some information on the Megaupload scandal from Kim Dotcom’s perspective on his personal website.)

When Megaupload Was Shut Down

When Megaupload was shut down, Kim Dotcom then relaunched the service as MEGA at a New Zealand domain name.

Kim Dotcom announced the launch of the MEGAsync client on Twitter on November 27, 2013, with the following tweet:

The #Mega sync client for Windows, Mac, and Linux is coming soon. And then its time for the #Dropboxdrop 😉

In 2015, Dotcom said that the company was seized by a hostile takeover by a Chinese investor who is wanted for fraud and that the New Zealand government had taken over these shares and controlled the website.

He tweeted the following in July of 2016 about MEGA:

Kim Dotcom and the Mega Company

While all of this is a bit murky, the bottom line is that Kim Dotcom is no longer involved in the MEGA company and has disavowed it.

Meanwhile, Kim Dotcom was fighting extradition to the United States over the Megaupload charges. He lost his appeal against the extradition in July of 2018.

Dotcom was also in the news during the 2016 election, as he claimed that he knew where Hillary Clinton’s missing emails were (and later announced on Twitter the NSA had them). He has also claimed that the DNC hack was an inside job by murdered DNC employee Seth Rich.

Conspiracies abound on the Internet that Seth Rich leaked DNC emails to Wikileaks and was murdered by the Democratic Party because of this.

As you can see, Kim Dotcom is a very controversial figure.

He is often tweeting big plans on Twitter, including the announcement that he is creating his own cryptocurrency. On July 26, 2018, he hinted at creating a Twitter competitor after the Twitter shadow banning controversy hit the news:

Launching a real Twitter competitor with innovations that empower the user and protect free speech would be a big hit. Everything I ever created had over 100 million users. This could launch in a year. It’s a no-brainer. Want to invest?

All that said, it remains to be seen what Dotcom will really launch next. His Megaupload 2.0 is not launched as of this writing.

Now that you know about the history of MEGA, you may be more or less inclined to use it. Some may be fans of Kim Dotcom and want to avoid the service because he is no longer involved, while others (not fans) may be skeptical of Dotcom’s wild claims and trust MEGA more now that he is gone.

The choice is yours.

The pricing plans are in Euros (EUR), so if you are in the United States, you will need to figure out what the current exchange rate is for your purchase. Generally, your credit card will automatically make this exchange for you.

You just need to type in “dollars to euros conversion” into a search engine like Bing and you will get a form where you can see what the basic rate of exchange is. There, you can enter in the specific dollar or Euro amount to see the equivalent.

For example, as of this writing, one dollar equals .86 Euros. This means that if you purchase a plan at this rate with dollars, you will be at a slight disadvantage, as the dollar at that rate is worth slightly less than a Euro.

Here are the available plans for MEGA and MEGAsync, and their prices in Euros. Note: These prices as quoted are only current as of this writing, and may be increased or decreased by the time you read this article.

All you need to do to get a free account with MEGA is to sign up on their home page. You can get up to 50 GB free if you use their “achievements” program. This includes installing the MEGAsync software, which gives you 20 free GB, inviting friends, which gives you 10 GB free for each invite, and setting up their mobile app, which offers 15 free GB upon installation.

These incentives, however, will expire after 180 days. It is not easily clear but apparently the permanent free storage space is 15 GB, but that may change by the time you read this.

Free accounts aren’t throttled. That means the file transfers are just as fast as they are with the paid pro plans.

(Data transfer is the bandwidth you use up in one monthly cycle. So, if you uploaded 10 TB in a single month, you would be far over the 1 TB limit.)

Remember, the exchange rates fluctuate daily, so you will need to recalculate this cost, and it will change monthly. Thus, you could pay more or less per month if you pay in dollars, depending on the strength of the dollar.

The Pro I plan is double the lite plan in terms of cost but you get five times the cloud storage space with 1 TB of storage. You get double the data transfer bandwidth at 2 TB.

They have highlighted this plan as being “popular!”

With 4 TB of cloud storage and 8 TB of data transfer. Using our current exchange rate, you will be able to get the price per month in US dollars.

You only pay more Euros for level Pro III but double space and bandwidth at 8 TB of storage space and 16 TB of data transfer bandwidth. With our benchmark exchange rate, this is equivalent to an extra dollars per month.

MEGAsync generally gets four to five-star ratings from software download sites where you can get the app or desktop application.

Some people have claimed that the MEGAsync app is now “compromised,” but they may just be suspicious fans of Kim Dotcom.

Despite its bizarre history, MEGA seems to be a functioning business with a decent range of pricing levels for various needs. It does not, however, offer much in terms of great advantages over the competition.

The prices are a bit average, and even slightly high if you are converting dollars to Euros on a bad day for the dollar.

The service seems a bit bare bones and is not focused on offering file sharing or collaboration tools. A service such as Livedrive seems to offer a bit more in this regard.

If you can get past either the association with or allegations by Kim Dotcom, MEGA may be a decent service for you. In the least, you can use their free storage for some of your MP3 back-ups and use it as a second external hard drive.

If you purchase a one-year PRO plan of any level, you will get two months free.